Imagine watching your child spin in circles, alone, on the playground while all the other children are grouped together building sandcastles and interacting on all the equipment. The reality of having a child that was “different” hit Lori Ciccarelli when her son, Jeremy, was a small child of three.

Over the years, Ciccarelli has been inundated with phone calls and questions from other parents and professionals, asking for her help and advice on how to deal with, and support children with autism. After retelling her story numerous times, undeterred by her lack of film production skills, Ciccarell’s quest to help families inspired her to create a documentary film about the struggles she and Jeremy have faced, and how they overcame the many challenges. The completed film is titled JJ’s Journey: A Journey About Autism. Her intent is to help raise autism awareness. 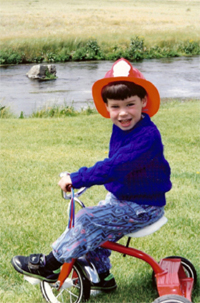 “We moved to a small town when Jeremy was 10 months old, and no one really knew what to do with autism,” Ciccarelli said. “I told them that they needed to become educated because while Jeremy may be the first one through the system with this disorder, he certainly wasn’t going to be the last.”

Ciccarelli’s prediction is taking on weight as more and more cases of autism are diagnosed each year. According to studies she has read from the CDC, one in every 110 children is diagnosed with autism, and approximately 35 million, possibly 45 million, people in the world are living with this developmental disorder.  Ciccarelli’s concern is that in 10 – 15 years, these children will be young adults and she believes our country is not prepared. “There is a lot of support available in the early years, which is important, but not much support for adults living with this disorder.”

“I was watching CNN [on April 2, Autism World Awareness Day], and they said that autism is a national health threat, bigger than breast cancer and bigger than AIDS,” she said.

Ciccarelli’s documentary takes the viewer through Jeremy’s life and explains that the biggest hardship mother and son had to overcome was the intolerance of others. Children at the local schools Jeremy attended would pick on him frequently because of his differences. This harassment became so bad in high school that Jeremy chose to finish his senior year through independent study. 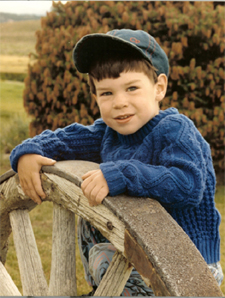 Ciccarelli never came forward to publicly speak about her situation until she released her film in 2008 choosing to keep her private life just that. With the new documentary, which took Ciccarelli three years to complete, she and Jeremy have found new courage.

“The documentary has been a healing process for me,” Ciccarelli said. “I am finally able to talk about all of this without crying. I told myself that if I could help at least one parent through my documentary, it would be worth making and I did; I have helped myself.”

The film delves into neuro-feedback therapy, which is the treatment that really made a difference in Jeremy’s life. It has helped him learn how to be more social, how to communicate better, and how to carry on-point conversations with eye contact. The therapy has also helped Jeremy be medication-free.

“My mission in all of this is to provide resources and hope.”